About usWhat we doNewsCareerMediaContact
Languages
27. August 2020 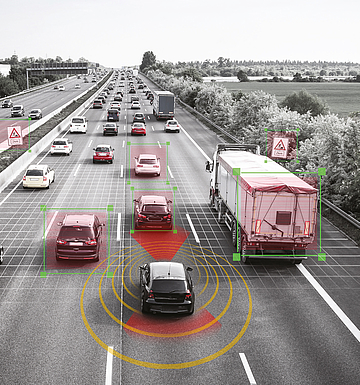 As part of the “L3-Pilot”-project, FEV is performing on-highway testing of FEV’s own prototype smart vehicle near Aachen, Cologne, and Düsseldorf (Germany), evaluating functionality such as traffic jam chauffeur. Source: FEV Group 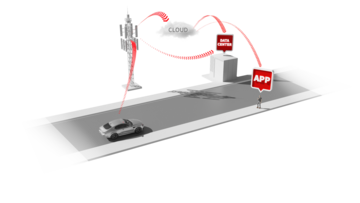 FEV has issued a recommendation of the logging system for OEMs to use for AD verification. Source: FEV Group 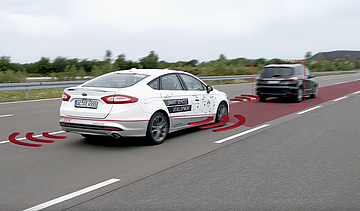 Aachen, August 2020 – FEV is working on a project designed to provide a comprehensive methodology for piloting, evaluating, and testing automated driving functions with leading organizations throughout the transportation industry. This ongoing project began in September 2017 and has received funding from the European Union’s Horizon 2020 research and innovation program.

FEV is working within the European research project L3Pilot to advance the methods used for developing, testing and evaluating automated driving functions. The primary objectives for the project include

“The scope of the project is primarily focused on SAE Level 3 automated driving functions, along with the addition of select Level 4 functions,” said Elmar Boerner, Senior Group Director for ADAS (advanced driver assistant systems) and AD (automated driving systems) development at FEV. “Our key objective is to ensure that the functionality of the automated systems is exposed to variable conditions, and that the performance is consistent, reliable, and predictable.”

As part of this project, FEV is performing on-highway testing of FEV’s own prototype smart vehicle near Aachen, Cologne, and Düsseldorf, evaluating functionality such as traffic jam chauffeur. Following a thorough assessment of TÜV Rheinland, FEV received approval from the Cologne district government to drive its demonstrator vehicle on predefined public roads up to a maximum speed of 60 km/h (approx. 37 mph) with the in-house developed traffic jam chauffeur functionality activated. This will allow FEV to further develop the maturity of the company’s highly automated driving functions as well as gather important data under real life conditions.

Throughout the project, FEV has also been heavily involved in the cyber security and data logging aspects. The company has worked with L3Pilot partners to perform cyber security threat analyses for the Level 3 automated vehicles and has recommended fail safe procedures and strategies to protect against cyberattacks. Additionally, FEV has been active in the evaluation of data logging tools for verification and validation of automated driving (AD) functions. This evaluation concluded with a recommendation of the logging system for OEMs to use for AD verification.

“The L3Pilot project provides a powerful platform for advancing the state of the art in the development, testing and validation of automated driving features. The learnings from this project have already proven to be valuable, and will become even more important as automated technologies become increasingly advanced in the coming years,” said Boerner.

The L3Pilot project received €36 million in funding from the European Union’s Horizon 2020 research and innovation program under grant agreement No 723051. The 48-month project includes testing from more than 1,000 users, with approximately 100 vehicles in Austria, Belgium, France, Finland, Germany, Greece, Italy, the Netherlands, Norway, Sweden, Switzerland, and the UK. Thirty-four partners, including OEMs, suppliers, research organizations, insurances agencies, and more have combined on this effort.

This project is also conducted alongside other AD research and development work within the FEV Group. A duplicate of the smart vehicle demonstrator utilized in the L3Pilot project is actively in use in the United States, focused on the unique requirements and development work being addressed by FEV North America. Additionally, FEV is actively involved in automated driving programs, including development, testing and validation, in other global markets, including throughout Asia.