About usWhat we doNewsCareerMediaContact
Languages
07. October 2019 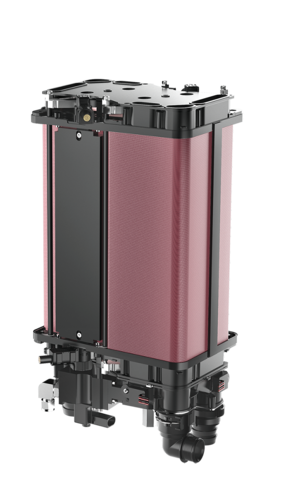 Aachen, October 2019 – Every fall, automotive industry experts meet to discuss the latest developments for the future of mobility at the Aachen Colloquium Automobile and Engine Technology (ACK). Global vehicle developer, FEV, will present mobility solutions at the symposium and at the accompanying technical exhibition.

Developments, for example in the area of combustion engines, are marked by sustainability. ACK visitors will be able to catch a glimpse of the new Duramax 3.0 L diesel engine at FEV’s stand. The 6-cylinder assembly was developed by General Motors (GM) in collaboration with the FEV Group for heavy applications (light-duty pickups and trucks). The collaboration yielded very low consumption and emission values that set new standards for its class. The Duramax 3.0 L is compelling with its high-power density and low noise emission, as well as a favorable torque curve, which is especially important for heavy loads in particular.

Aside from efficient combustion engines, FEV also offers a number of solutions in the area of alternative drive systems. In addition to battery electric drive systems, hydrogen technology also has a key role in the future. FEV will present a fuel cell developed in collaboration with ElringKlinger at the technical exhibition that can be used for multiple purposes, due to its high outputs and structure that was designed for mass production. The benefits of this drive system can be used in a 100 percent-fuel cell vehicle, a battery hybrid system, or as a range extender.

The electric motors of electrified vehicles can only call up their maximum power for a short time during operation, as this creates a high thermal load. At the ACK, FEV is presenting a cooling solution that counteracts this limitation. While water cannot be used as a coolant for cooling directly at the copper windings in the electric motor due to its conductivity, FEV uses a special non-conductive oil which is also used as a lubricant in the e- motor. Within the system, the centrifugal force in the motor operation leads the oil via the shaft to the heat-conducting copper windings to cool them efficiently. This allows the power density of the motor to be significantly increased and the increased torque to be called up for longer. Alternatively, cooling can be used to reduce the size of the engine while maintaining the same power density, thus saving installation space in the vehicle.

Another highlight for FEV at the ACK is a lighting concept. This innovative 3D technology developed in-house has already been successfully used in outdoor advertising also offers entirely new possibilities in the automotive sector. Whereas previous 3D processes for displays mostly relied on holography and autostereoscopy, this patented solution is based on light field technology. It can be used to produce high-quality 3D images that can be seen without the need for glasses or other aids. In the vehicle cockpit of the future, this will allow holographic operation elements to be created, such as a three-dimensional controller or switch projected virtually from the center console, which the driver can comfortably operate by hand and which is captured by sensors. This 3D light know-how has already been used to develop vehicle tail lights for prototypes, in which the rear light optically projects from the tail light of the vehicle and is thus detected much better and more quickly than with conventional systems. This remarkable technology increases traffic safety several times over.

FEV will also inform ACK visitors of solutions in the field of autonomous driving. Validating these automated driving functions requires systems that recognize the various scenarios in road traffic during test drives, evaluates them, and prepares them for the developers. FEV is taking on this key challenge with a data management and assessment system developed in-house, which uses the computing power of the Microsoft Azure cloud platform. The results of the collaboration between FEV and Microsoft will be displayed at the stand.