About usWhat we doNewsCareerMediaContact
Languages
07. April 2020 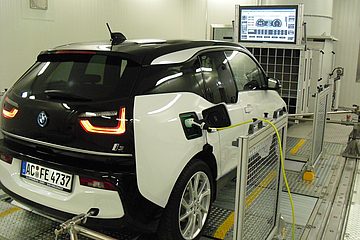 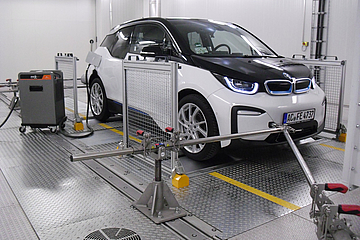 Aachen, April 2020 The new chassis dynamometer emissions testing center, located at the company's site on Konrad-Zuse-Strasse in Alsdorf, went fully online in the first quarter of this year. The state-of-the-art facility allows emissions and range tests to be performed according to the latest legal standards.

The center has a four-wheeled chassis dynamometer with advanced equipment for emissions and range testing in compliance with current legislation in Europe, the US, China, Japan, and India. Future oriented, the measuring and testing equipment was designed for conventional powertrains as well as those of hybrid and electric vehicles. The total vehicle testing area available (chassis dynamometer, conditioning area, and mobile emissions testing station) is about 1,600 square meters. The layout can hold up to 64 vehicles and is divided into three different temperature zones ranging from -30 o c to 50 0 C.

The testing areas are equipped with charging stations for hybrid and electric vehicles. The facility's overall layout was designed for optimum emissions testing procedures during real-world vehicle driving operation and driving on the chassis dynamometer. It can be expanded to include an additional dynamometer and solar simulation system. The planned site's expansion includes a doubling of the parking lot by an additional 200 spaces for test vehicles, with extra charging stations for hybrid and electric cars.