About usWhat we doNewsCareerMediaContact
Languages
30. September 2019 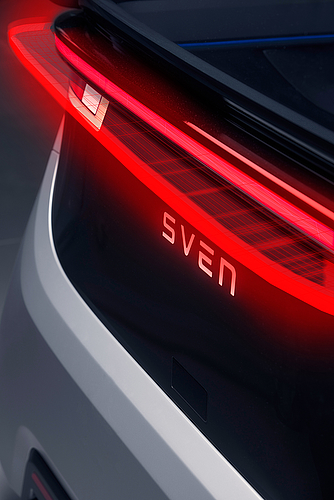 Aachen, September 2019 – In addition to environmentally friendly drive concepts and automated driving, progress is also being made in other areas of the automotive industry. Lighting design is gaining importance with regard to safety applications and brand differentiation. EDL Rethschulte from Osnabrück, Germany – a subsidiary of the globally active complete-vehicle service provider FEV – has specialized in this discipline. With this expertise, the FEV Group offers solutions that have a direct influence on the perception, safety, and operation of future cars.

These solutions are based on many years of experience, for example in the development of innovative lighting systems for headlights or transparent OLEDs for rear light applications. The latest development also has the potential to permanently change the view of (and from) the car. The REALEYES Micro-Lens Array (MLA), a further development of the MLA wafer technology, allows for the production of extremely compact and light LED projectors out of plastic the size of a thimble. With their help, images or graphics, for example, can be projected from almost any angle onto any surface, without distorting. Even extremely flat angles of incidence are no problem for the MLA, which in combination with the compact structure allows for high flexibility during installation and reduces costs. Previous solutions mostly consist of projects with just a single lens and cannot execute diagonal projections with sharp contours.

FEV’s solution is effective even with high contrast and homogeneous illumination. This opens up entirely new possible uses. On the one hand, these new graphics projections provide an innovative design effect, for example in the form of light carpets, which can already be seen in practice in precursors and offer the driver guidance and a pleasant environment. In mobility concepts, such as the fully-electric, 3-seater, SVEN, which FEV presented as a car-sharing mobility concept at this year’s Geneva Motor Show, the new MLA technology offers the possibility of further informative uses. For example, the user can be greeted by an external projection next to the rental car, or receive more information.

“This new lighting technology not only offers advantages in terms of additional design aspects,” says Professor Stefan Pischinger, President and CEO of the FEV Group. “It also provides high functional benefits and increased safety, which will become standard in future, especially in electric vehicles. Electric vehicles, which move almost silently and therefore are hardly acoustically noticeable in their environment, can make other road users notice them with projections on the road surface ahead.”

Scenarios are also conceivable in which projecting a pedestrian crossing in front of the vehicle informs pedestrians that the vehicle is stopping and that they can cross the road. Warnings transferred onto the road can notify cyclists that the door of a car parked on the roadside is opening. Also, when reversing or getting out of a parking space, similar visual information for road users could be possible.

Another focal point in the context of MLA technology is the 3D area. An innovative 3D technology that was developed in-house and is already being successfully used in the advertising market also offers completely new possibilities in the automotive area. Whereas previous 3D processes for displays mostly relied on holography and auto stereoscopy, EDL’s patent is based on light field technology. It can be used to produce high-quality three-dimensional images that can be seen without the need for glasses or other aids.

With autostereoscopic technologies, the 3D effect disappears when you close one eye, because an individual image is projected in front of each eye and it is therefore only a 3D illusion. Another challenge is that the lens of the human eye does not have to be focused on the perceived depth of an object shown but on the distance of the display. This often leads to the viewer experiencing irritations and headaches. Such unpleasant effects do not occur with the light-field technology from EDL. Even with one eye closed, the viewer still perceives a physical, three-dimensional image, since the image points are projected into the space through rays of light, resulting in a real three-dimensional image.

The basis for this patented technology is also the MLA, which consists of numerous micro-lenses the size of a match head; on the surface of a square meter that is 253,000 lenses. These lenses are manufactured with an accuracy of under one micrometer, which is key to producing high-quality 3D displays. This manufacturing process is also part of EDL’s know-how. A special film is used as a storage medium, which is located behind the micro-lenses and is capable of storing large quantities of data. This is necessary, because each of the 253,000 lenses shows the full image, which deviates by a few thousandths from its neighboring lens, and each of these individual images is made up of 65,000 pixels. During manufacturing, the image information for the optic is delivered by an LED exposure unit patented by EDL, which ensures precise orientation. Color errors and distortions do not occur with this method.

The technology gives the viewer the feeling that the objects project up to a meter out of the display – “And it regularly generates enthusiastic responses,” reports Phillip von Trotha, Business Development Manager at EDL. This results in exciting fields of application for the automotive sector. “In the vehicle cockpit of the future, it will be possible to create holographic operation elements such as a three-dimensional controller or switch projected virtually from the center console, which the driver can comfortably operate by hand and are captured by sensors,” describes von Trotha as a possible usage scenario.

Also, outside of the vehicle, this 3D development can prove advantageous – for example, integrated in the headlights. The use of plastic optics produced by injection molding with the quality of glass optics results in entirely new design freedoms, leading to a headlight height of a few millimeters and therefore contributing to significant weight saving. In addition, at dusk the so-called “light-dark limit” can be illuminated on the film material behind the lenses, eliminating the need for visors, which such a narrow design would have made impossible anyway.

This 3D light know-how has already been used to develop vehicle tail lights for prototypes, in which the rear light optically projects from the tail light of the vehicle and is therefore perceived more quickly than with conventional tail lights. In the past, vehicle manufacturers have for example had to work with mirrors to achieve a similar depth effect, which is however nowhere near as pronounced. As a result, with this 3D light technology there is a clear safety benefit for road users with a significantly smaller installation space.

These and other developments will be presented at the FEV booth at the Aachen Colloquium Automobile and Engine Technology from October 7–9, 2019 in Germany.